It was announced over the weekend that Windows 10 would be released on July 29, 2015.​  People with OEM copies of Windows 7 and 8 (most users of hardware purchased from a vendor like Dell, HP, or Lenovo) would recieve a free upgrade during the first year.  The upgrade would come as a download, 3GB in size.  People with the OEM copies of Windows 7 & 8 are starting to recieve alerts in the lower right of their screen that they can Reserve their free upgrade starting 6/1/2015. The alert is shown with a Windows logo in the corner where the time is displayed. 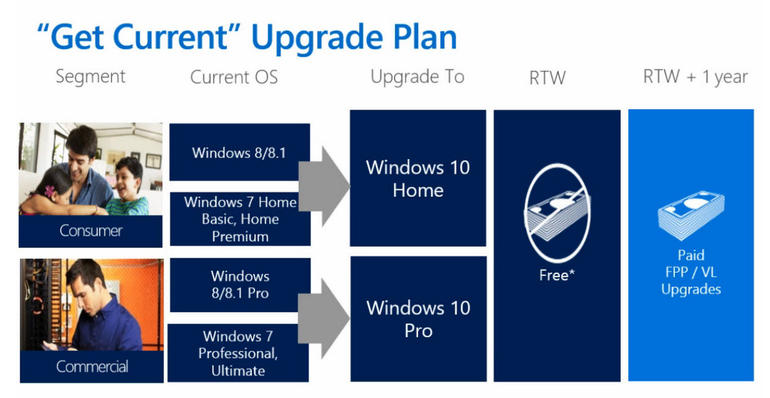 You can validate that your computer can run Windows 10 using Microsoft’s compatibility checker.
http://www.zdnet.com/article/will-your-pc-run-windows-10-use-this-well-hidden-compatibility-checker-to-find-out/